It’s official, Microsoft will be releasing a Xbox One with a 1TB hard drive and a new controller design. The new controller design includes a 3.5mm microphone input, wireless firm updates, trigger sensitivity and more menu options for the microphone itself. You will also be able to buy the new and improved controller separately in matte black and covert forces camo, products will be shipping on June 16, and will be available in select markets. 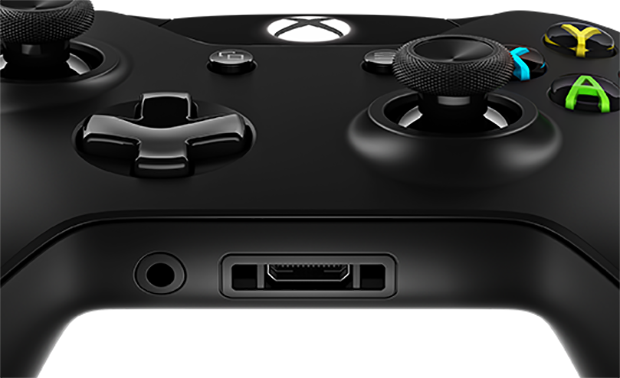 With this news, Microsoft plans on keeping their price drop for the Xbox One with only 500GB storage permanent ($349), for the new Xbox One will cost $399, Also, for only a limited amount time the 1TB Xbox One will be bundled with Halo: The Master Chief Collection.

In the most recent issue of ‘Game Informer’ Halo 5: Guardians takes the front cover

‘Game Informer’ confirmed that previous characters from Halo: ODST will be back in the new game.”Buck” is one of those characters, as shown in the video.  Here is a still shot image of ‘Buck’ (Nathan Fillion).

Not only will you be able to play as previous characters, but details have been release by ‘Game Informer’, that ‘Fireteam Osiris’ will consist of “Tanaka, Locke, Buck (Nathan Fillion), and one more unannounced spartan, The squad is tasked to hunt down “Blue Team”

Blue Team consist of Master Chief and other previous characters never before seen in any ‘Halo’ games.

With “Buck” assigned to ‘Fireteam Osiris’, we can hope that Blue Team will have some surprises for us, hopefully in the near future.

Not to mention, All DLC will be free on “Halo 5 Guardians”

#TBT from #SDCC2018 #Mayans #Exhibit was dope! @FXNetworks was even giving out free Bandanas too. #SDCC